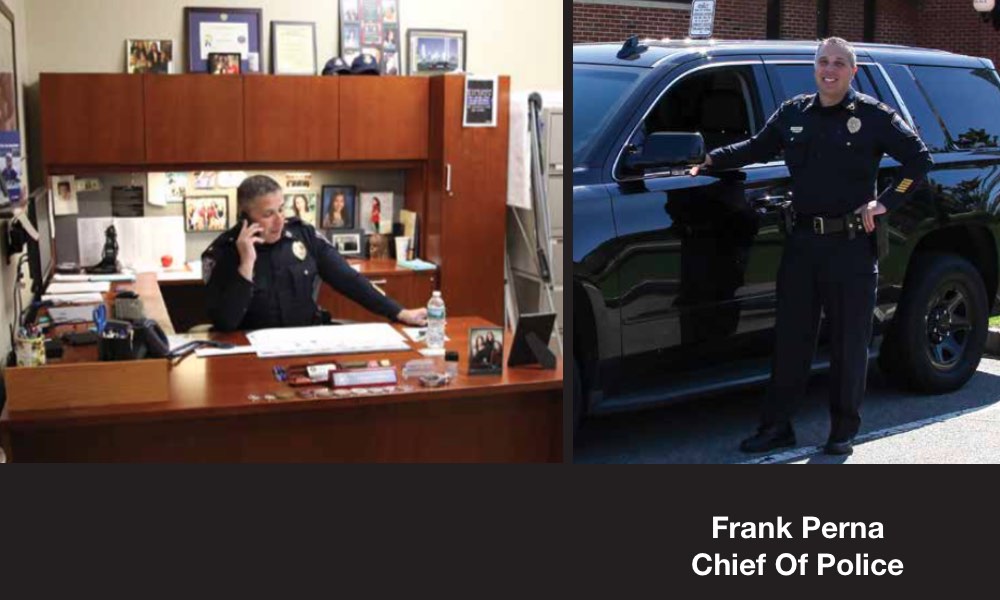 On January 31, 2019, Frank Perna was sworn in as the eighth Chief Of Police of Denville. He succeeds retired ex-Chief, Christopher Wagner. Chief Perna has been a member of the department since 1994. During his career, he has served as a Patrolman, a Detective, a Patrol Sergeant, the Patrol Division Commander as a Lieutenant, and most recently, as Captain, serving directly under the former Chief of Police.

Recently, Chief Perna was kind enough to grant The Pulse of Denville an exclusive interview, and answer questions foremost on the minds of town residents.

I know you’ve been with the department since January of 1994. Why did you choose a career in law enforcement?

I wanted to help people. I enjoyed being active, and it was exciting and challenging.

How does it feel to become Chief after 25 years of service?

It was always a goal to reach the highest rank possible. Did I ever think I would hit that mark? I questioned it, for sure. But you always want to better yourself, and you always strive to reach the top. It feels good… instead of just suggesting things, I can actually have the final word on some things, but I still have a command staff to conference with, and I still have a boss, of course.

How would you describe your tenure in Denville during that 25 year time period?

I loved it. I love this town. We are a community-based town. It has a great center and a great foundation for people.

What do you like the most about being Chief?

What I like the most is that I am part of final decisions. My word is not just a suggestion, and at times, I have input, and hopefully, it’s positive input.

What do you like the least about being Chief?

What I like least is that I’m not doing what I’ve done for 25 years. I’m not on the road, I’m not outside. I am mostly at my desk reviewing procedural activity.

Even though it’s only been about 90 days or so, as Chief of Police, do you find that it’s beneficial for interacting with the community?

As a patrolman, I interacted with the community a lot. I feel that has always been part of my background, along with writing tickets and making arrests. I was an SRO (School Resource Officer), I dealt with the community and implemented and designed our junior police academy. So, to me, part of being a police officer, in any rank, is being part of the community. Now, as Chief, even more so.

What are your biggest Strengths?

I have 25 years of experience here, I’m very familiar with the community, and have many local contacts from professional to casual.

I’m new, and there’s definitely a learning curve. Luckily, Morris County itself has a Chief of Police Association that meets each month, which helps. And I’ve learned it’s never about reinventing the wheel. The wheel is a great design and works very well. So, if possible, let’s just make it better for our community, and make the implementations necessary to do so.

What changes have you made thus far, and what changes are you look- ing to make to the Denville PD?

We have been doing police work for a long time. We have had good leaders before me that have instilled great policy and core ethics, so we follow that. We are not looking to change that. We will continue their thought process of working hard. And I’ll add consistency. We will continue to be consistent in our work ethic. I’ve made some small changes.

We have upgraded our policy on a prisoner transport. We always transport with two officers, even if we have to call somebody in.

Also, we have changed a small part of our training, specifically when we go to the range. It’s important to train in what you wear on the job. But when the uniform gets dirty or gets ruined, it costs money to replace equipment and uniforms. So instead, we’ve changed the uniform for the range. Now there are durable uniforms that can get beat up, and are still similar to our regular uniform, that there is almost no difference.

So that was a cost-effective measure?

I think so. We are saving our budget by not ruining our uniforms, and having to purchase new uniforms as often.

And that was met with approval?

Do you find that the budget you are allotted is adequate to successfully run this department? Do you have what you need?

Well, everyone always wants more. But we function and adapt, and we try to make it work the best we can. Every now and then, we even give some money back at the end of the year, which goes back into the general municipal fund. As captain, I worked on the budget last year with the previous Chief, and I learned to give and take. This year will be my first budget where I’ll ask for certain things to help us run efficiently.

Donations have helped us out a lot. The Bargain Barn helped us out greatly. Rotary helps us out with certain things they’ve purchased for us. They’ve been great. Our civic groups are awesome in Denville. We work well together.

How would you describe the current culture of the Denville PD? Are any changes needed?

I think we are one of the best in the state. Since I first started in Denville, the amount of work we do now compared to what we did then is incredible. We strive in our training to be open, honest, and to conduct ourselves professionally. We have nothing to hide, and we are here for the community.

How do you handle complaints and compliments about Officers?

We hear reports from time to time, both good and bad, but the best feedback comes through the website because it’s in writing. Right on the home page at http://www.denvillepolice.org/, the public can compliment an officer, or file a complaint about an officer, which, if necessary, is then investigated by Internal Affairs.

What new challenges are you facing as Chief of Police, and what is the Chief of Police’s role when presented with situations regarding Opioid abuse, changes in Marijuana usage, and (Illegal) Immigration?

There are rules that are set up by the A.G.’s (Attorney General’s) office, that are filtered down through the prosecutor’s office, which gets filtered down to us. And we have to adapt to and follow. As police officers, we don’t make the laws. We enforce them.

Would you categorize this department, as well as yourself, as adaptable to the needs of the community?

Yes, but within limits. It’s important that we, the Denville PD, work with the public to find solutions to whatever issues and concerns they have. Sometimes, however, there are situations where individuals think something is a great idea for their own street or area, but don’t realize that if it was implemented throughout Denville, it would be disastrous. Sometimes, the public doesn’t fully consider the impact of their requests.

What should our readers/Denville residents know regarding new innovations for Denville Police Officers, such as body or cruiser cameras?

We have had car cameras for many years. When they first came out, we were one of the first (departments) to use them. Eventually, I would like to utilize body cameras. I know it costs money, but I believe it’s for the safety of the public, as well as for the officers.

What has been your greatest accomplishment or proudest moment as a member of law enforcement?

The JPA (Junior Police Academy). We started out with 23 kids in this program, which I first learned about in Teaneck, and then adapted it to Denville. It’s grown to about 75 kids a year for that week-long program. The program started 19 years ago and is still going strong. We are also going to hire our first JPA recruit that went through the program, who is in the police academy right now, and set to graduate this summer.

That we are a department that strives to encompass our core values: integrity, honesty, fairness, respect, and compassion.

We are not here to reinvent the wheel. The wheel works. There are established beliefs, rules, regulations, laws, and morals that are in place. We work to enforce them and make them work in Denville NJ. 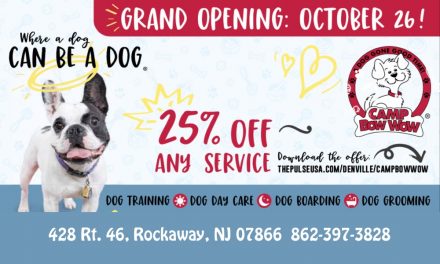 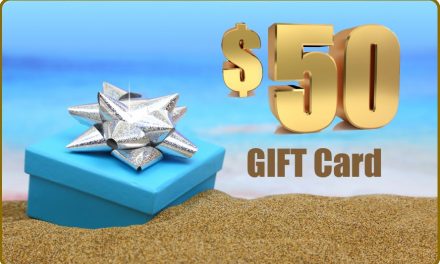 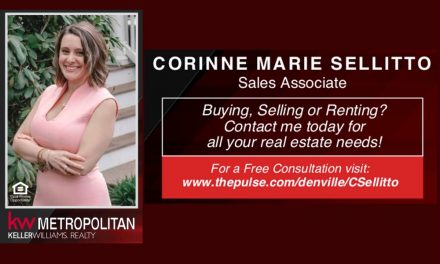