Tom Andes for Mayor of Denville

By The Pulse USA

The tragic devastation of Hurricane Irene has been well documented. When the storm that was called a once-in-a-hundred-years flood hit New Jersey on August 27, 2011, many lives were changed forever. Unfortunately, for some, that was the end of an era. For Denville Mayor Tom Andes, it was just the beginning.

Since they first moved into Denville, Tom and his wife, Sharon have raised their family of five children and have lived in the same home for 35 years. At the closing of his home, he was recruited to volunteer for Saint Clare’s Harvest Festival. He was on his way as a volunteer in Denville, where he served on the town council for over a decade, until being elected mayor in 2011.

During his tenure of public service, Tom has had a leadership position in building ten playgrounds. As a councilman, he voted for conservative fiscal planning. As mayor, through sound financial management, he placed a moratorium on letting utility companies dig up newly paved streets, eliminated municipal take-home vehicles by six autos, and has paid down Denville’s debt. Most recently, Tom has worked to get Denville’s bond rating upgraded to AA1 (Moody’s second-highest rating).

Mayor Andes was kind enough to meet with The Pulse of Denville to discuss his previous record of public service, and his vision for the future of Denville.

Mayor Andes, you’ve been a resident of Denville for 35 years. How and when did you first decide to go into public service?

Well, I had already been involved for many years as a volunteer with the Cub Scouts, and as a coach for both Little League and PAL softball, when, in the mid-1990s, I was asked by former Mayor Jim Dyer to be on the Denville Recreation Committee.

Shortly thereafter, I was asked to help coordinate the project of building a new playground at Gardner Field. The Project Playground Committee fundraising goal was $100,000. In one year alone, we were able to raise over $150,000, so we used the additional $50,000 to upgrade the playground and help build new bathrooms at Gardner Field. It was a wonderful example of what this town is all about, and how Denville continues to accomplish things through its generosity. Our residents are wonderful people with a deep love for our community.

Then, in 1997, I helped the Board of Education and PTA construct a playground at Riverview School, and the following year, I helped the Union Hill neighborhood build a playground at Den Brook Park. While I was on the Recreation Committee, Denville built 3 community-built playgrounds. I enjoyed working on capital improvements of our parks and saw firsthand the integrity of our community. It made me want to do more.

For those that may not know, how does the Denville government function when completing a project or improving a public facility, such as a park or a playground?

We take into consideration any idea, suggestion or request that is brought to our attention. The Mayor sets the agenda for the project, making sure the Council is on board. The Administrator will see it through the process. The Department Head does the research. The CFO determines the budget, and how the project will be funded. The Mayor, Administrator and sometimes the Department Head make presentations to the Council.

The Town Clerk puts the contract with the vendors on the agenda. The Township Attorney makes sure it is legal. The Council approves the money, our purchasing agent buys the materials perhaps it has to go out to bid, and then the town consults with the DPW or hires the contractors, if necessary, to complete any installation. And, of course, the people of Denville pay for it in their taxes. So everything that gets done is truly a team effort.

When did you first run for Mayor of Denville?

Well, first, in 2000, I was appointed as the Ward One Town Councilman, and then elected serving 1 half-term and 2 and a half full terms. Then I ran for Mayor in 2011, and in June of that year, won the primary.

Which brings us to Hurricane Irene in August, just two months later.

Yes, I still had the general election ahead of me, but the people who were impacted by the hurricane immediately became my only focus. As we govern, the hurricane was a game-changer. As a town, we had to shuffle the deck and quickly re-prioritize our plans. For one thing, the Valley View Firehouse’s structural integrity was compromised, and Company #3 was forced to operate out of the DPW yard. There was a big clean up that needed to be done and we had to help 350 families and 75 businesses.

During the entire event, our Police, Fire, OEM, DPW Departments, and the entire Township staff did an amazing job doing everything they could to help the residents of Denville.

But I’ll tell you, once the water finally receded, no one needed to tell the people in this town what to do. I saw the heart of Denville with the acts of kindness and generosity I witnessed. It truly was miraculous.

When we asked for gift cards, over $60,000 in donated gift cards came through the Office of the Mayor and immediately went out to people in need. Every night for three weeks, Peg Feyl organized food and meal drives held at the town hall. These were provided by churches, Girl Scouts, Cub Scouts, Boy Scouts, Rotary, Kiwanis, various lake communities, and condo associations. Everyone helped and pitched in. High School sports teams and clubs, service organizations and just citizens teamed up and helped to clean up homes and businesses of people they knew and didn’t know.

There were drives for cleaning supplies, towels, and linens, and volunteers were cleaning out basements. In particular, the Dyer family was emotionally distraught by all the Christmas decorations they had to throw away, so they headed our Christmas Decoration Drive.

One week after Hurricane Irene, I was at a dinner sitting with a senior lady who was really struggling with her flooded basement. I emailed Gene Fitzpatrick, who was the volunteer coordinator, details about her problems. Gene immediately wrote back, and I was able to tell her that he said, “I’m on it. I’ll personally be there first thing tomorrow morning.” It was amazing to see her face and how happy she was.

We needed to do more, so, remembering how great the people of Denville are, I sent out some emails announcing a Hurricane Relief meeting to be held in the 98 person capacity room in the town hall. When we convened the meeting, over 160 people turned out to volunteer and help with dinners and fundraisers at various times and locations all over town.

During the next five months, the committee held numerous charitable events. Events such as car washes, pasta dinners, and concerts at our highlighted events Band-Aid on Broadway and Denville Up & Running were very successful. Over 1,200 people ran in the 5K Race, Kevin Jonas of The Jonas Brothers appeared, and Joyce Honda donated a car to be raffled. In total, these events ultimately raised over $500,000 of Hurricane Relief for Denville.

Additionally, the residents of Franciscan Oaks donated $50,000 to The Salvation Army and St. Francis Residential Community donated $15,000 and one half of their annual Fall Festival fund to promote “Shop Denville” for the downtown business community.

In November, I won the election, and I was recruited to volunteer to be Santa at the Christmas Decoration Drive Christmas Party at The Cedar Lake Clubhouse. At the time, no one knew it was me, and I didn’t mind. But, I wanted to continue to help in any way I could.

During the storm, Don Kuser befriended an elderly couple in their 90’s, their daughter, and her two teenage sons. He told me we needed to keep an eye on them. So, in December, when the Indian Lake Men’s Club called with Christmas Trees to donate, Jake Gribbon and I brought one over to them. It hit me hard seeing how much damage their small home had suffered, and how much still needed to be done three months after the Hurricane. As we were leaving, the elderly woman placed in my hand a beautiful, tiny, blue, porcelain angel as a gift. She said it was so that I would be “watched over” just as she had been while it was in her possession. To this day, it is my most prized possession. 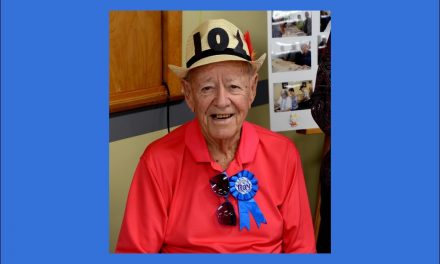 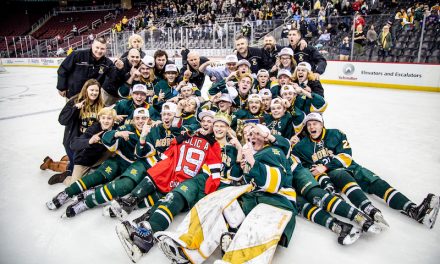 How To Deal With A Haircut You Hate, And Maybe Even Learn To Love It